Our products are available!

The availability of IC chips is currently extremely tight in the industry.

The reasons for this lie in the global changes on the chip market. These include the U.S. trade embargo against Huawei and the associated stricter licensing regulations, Intel's new strategic orientation, takeovers among chip manufacturers, and much more.

Despite these major difficulties in the supply chain and challenges for the chip manufacturers, the proven BN suppliers can keep a high level of availability.

The following products are available from BN within a few days:

And by the way, the current and most widely used DOCSIS 3.0 WiFi gateway CGA2121 will be available until at least mid-2022!

In 2021, new WiFi6 hardware will also be available on the Swiss market:

In addition, the most modern, smallest and extremely powerful DOCSIS 3.1 eMTA will also be available at an unbeatable price in the first quarter of 2021. We will tell you more about this shortly.

You can find more information about the products in our web shop. 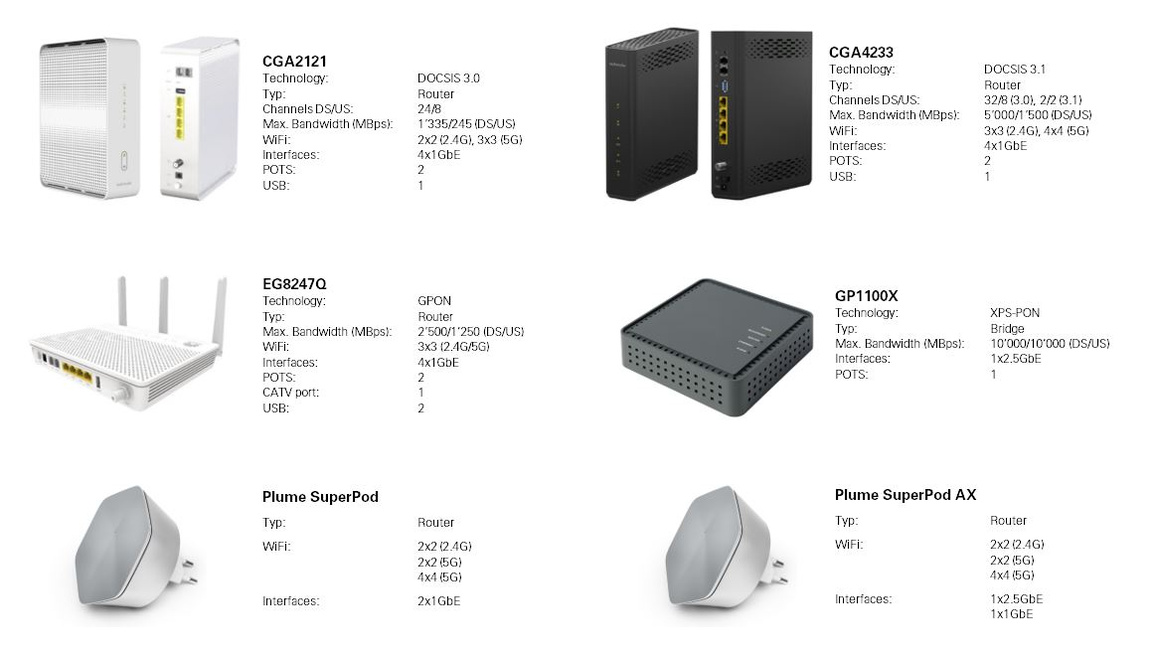 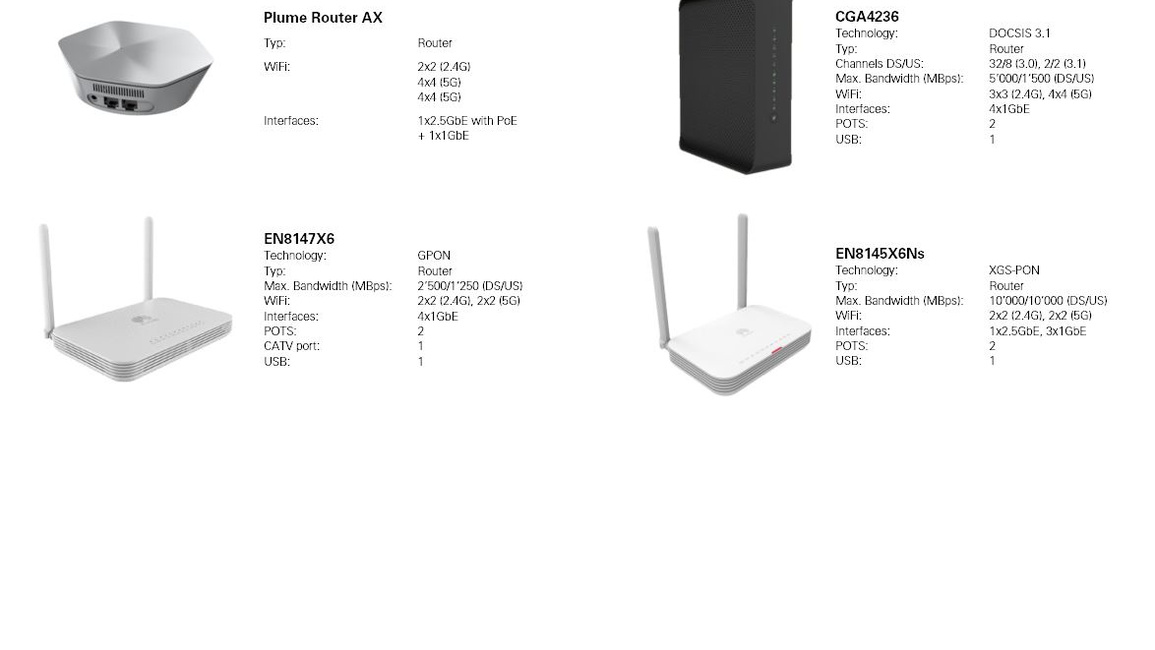